Brian Mefford: "I had no doubts the Ukrainians will fight to defend their country" 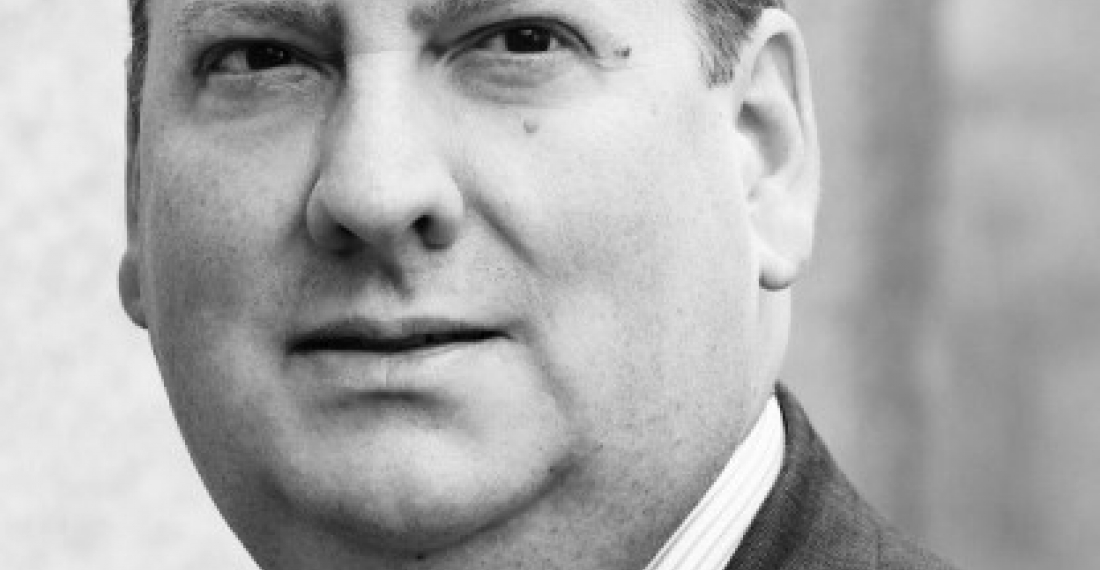 When Russia invaded Ukraine in February, Brian Mefford, an American long time resident and expert of Ukraine, knew exactly what he needed to do. Shifting his office from Kyiv to Warsaw he started a humanitarian operation that has already helped tens of thousands of Ukrainians. In this interview with commonspace.eu Mefford reflects on the response of Ukrainians to the Russian invasion, the current humanitarian situation, and the prospects for Ukraine after the war.

“I have seen enormous changes in Ukraine since I arrived in 1999.  Ukraine is dramatically more European and focused on a future with the West as a partner. If Ukraine makes the tough changes needed during the war to enter the EU, it will speed the process of integration. War time is the easiest time to make radical changes. As I often point out, Abraham Lincoln didn’t wait till after the American Civil War to free the slaves, he specifically did it during the war because after the war it might not have been possible”, he argues.

Here is the interview in full:

CS: The war in Ukraine has raged on for more than four months already. As a longtime observer of the country what were your most striking impressions of the last four months of struggle? Would you have anticipated the level of spirited resistance that has been put up by the Ukrainian army and people? What has surprised you most?

As American businessman with an NGO background who has lived in Ukraine for 23 years, I had no doubts that Ukrainians would fight to defend their country. A pleasant surprise was that the Ukrainian army of 2022 is not the army of 2014. This new Ukrainian army is battle hardened and well trained and that is why they have been able to stand up to the overwhelmingly larger Russian army. The other surprise was that the Russian army has barely advanced beyond WWII tactics.  This is -or was- considered the second-best army in the world after NATO’s. Now they are suffering loses which will cause China and other countries not to fear the Russia army like before. Finally, as someone who experienced and witnessed both the Orange Revolution (2004) and Euromaidan (2014), I was not surprised that Ukrainians rallied together during this time of war.  Nonetheless it is an encouraging characteristic of Ukrainians that inspires the entire world.

CS: Since the war started you have been focusing mainly on the humanitarian consequences that the Russian invasion has created. What is your assessment of the current humanitarian situation? Where is urgent action needed? Has the international response to the humanitarian aspects of the conflict been adequate?

As you know there are more than 6 million refugees and 8 million IDPs in Ukraine. Another 6 million Ukrainians are out of work since the war. These are staggering figures which no European country could endure.  Fortunately, Poland and other countries have stepped up to help Ukrainian refugees. Meanwhile huge sums of money have been raised to aid Ukraine. Unfortunately, many of the big international donors are waiting for a cease fire before really using it to help ordinary Ukrainians. This has caused resentment among many Ukrainians towards those organizations.

However, at “Help Ukraine 22”, the aid project that I head, we have focused on filling immediate gaps in humanitarian and medical assistance. Ukrainians need help now to survive and we are using all the resources we have available to provide rescue, relief, and resupply.  Due to my long experience in Ukraine I have a large network of friends, partners, colleagues, including among government and municipal officials in every region of Ukraine and for us it is easier to figure out people’s needs and priorities. So far, we have delivered more than $1.5 million in humanitarian aid and supported more than 100 hospitals and Ukrainian NGOs at the local level. We have supported lodging for internally displaced persons (IDPs), providing rape treatment for women in Kyiv region, helped job training for IDPs, and purchasing abundant medical supplies and food for those in need. In the first month the biggest need was to evacuate Ukrainians to safety. Next it was to deliver medical supplies to hospitals. Now it’s getting tourniquets to the wounded and IFAKS (international first aid kits) to those in need. Longer term the need will be for PTSD treatment, jobs for refugees and IDPs, and rebuilding homes and lives. We will continue to adapt our approach to aiding Ukrainians as the war changes.

CS: The west’s response to the Russian invasion has been in many ways unprecedented, including through a wide and comprehensive sanctions regime against Russia, and generous arms supplies to Ukraine. Do you think it has been enough? What else needs to be done?

The sanctions certainly slowed Russia in their attack of Ukraine, and they have also prevented Russia from being able to replenish its weapons stocks. NATO’s supplies, and specifically the weapons from the Americans and the Brits, are game changers and will level the battlefield for the Ukrainian army. Those weapons saved Kyiv from being sieged and prevented Kharkiv from being conquered. Now in recent days we are seeing the effects of the long range MLRS in the Donbas. It should be noted that sanctions alone are not enough to change a regime. The Ayatollahs in Iran have survived 40 years of sanctions from the US. However sophisticated weapons can change a regime and in this case the regime most likely to change because of the war is the Russian regime.

CS: Is there a danger that as time passes, and the war continues, western support will weaken? We are already seeing that the attention of the public in many countries has already shifted away to other issues closer to home. What can be done so that this will not happen?

I saw a recent poll in the US where 61% of Americans still support sending weapons to Ukraine. However only 59% of Americans support giving financial aid to Ukraine. Both numbers were previously higher. The important takeaway is that Americans are fine with having Ukraine fight the Russians, but they are becoming less excited about paying for it. No doubt as we entered the 5th month of the war, keeping attention on this issue will become more challenging. Ukraine will need to continue to keep pressure on Western diplomats, and tell their stories to the world so that attention is not lost. At “Help Ukraine 22”, we are taking our fundraising directly to the US for a series of events this summer in different cities in order to deliver firsthand accounts of the situation on the ground. By personalizing the plight of Ukrainians, it helps to keep public attention on the matter.

CS: Whilst it is likely that the war will drag on for some time, there are already those who are talking of a stronger and better Ukraine emerging from the ashes. Is this wishful thinking or a realistic preposition? What kind of Ukraine is likely to emerge when the dust of war settles?

We saw the EU giving candidate status to Ukraine. This would have taken years if not for the war. That being said, today’s Ukraine of 2022 is not the same Ukraine as 1992, 2002 or 2012. In my time in Ukraine working for the International Republican Institute (IRI), as a businessman with my public and government relations company Wooden Horse Strategies, and as an Atlantic Council Senior Non-Resident Fellow, I have seen enormous changes in Ukraine since I arrived in 1999.  Ukraine is dramatically more European and focused on a future with the West as a partner. If Ukraine makes the tough changes needed during the war to enter the EU, it will speed the process of integration. War time is the easiest time to make radical changes. As I often point out, Abraham Lincoln didn’t wait till after the American Civil War to free the slaves, he specifically did it during the war because after the war it might not have been possible. As for NATO, Ukraine is showing on the battlefield that it’s a serious candidate for membership. This will take longer than the EU membership but depending on how the war settles, its more of a reality now than ever before.

Brian Mefford lived in Ukraine for 23 years. He is the founder and manager of the business and political consulting firm Wooden Horse Strategies based in Kyiv. He is also Executive Director of the Committee for Open Democracy, US nonprofit entity and Senior expert at Atlantic Council. He was Program Officer for the International Republican Institute from 1999-2009, and an Adviser to Ukrainian President Viktor Yushchenko, and Field Director for former Arkansas Governor and 2008 Republican Presidential candidate Mike Huckabee. Meffortd was named by the Kyiv Post newspaper among “Top 20 Most Influential Expatriates in Ukraine”. Since the war in Ukraine started Brian launched a humanitarian aid project “Help Ukraine 22”. According to the website https://helpukraine22.org they directly helped 227 251 Ukrainians, raised about $1,5 million, rescued 4200 people from the front line.