‘A gargantuan task:’ Jacksonville political consultants turn to getting help to Ukraine 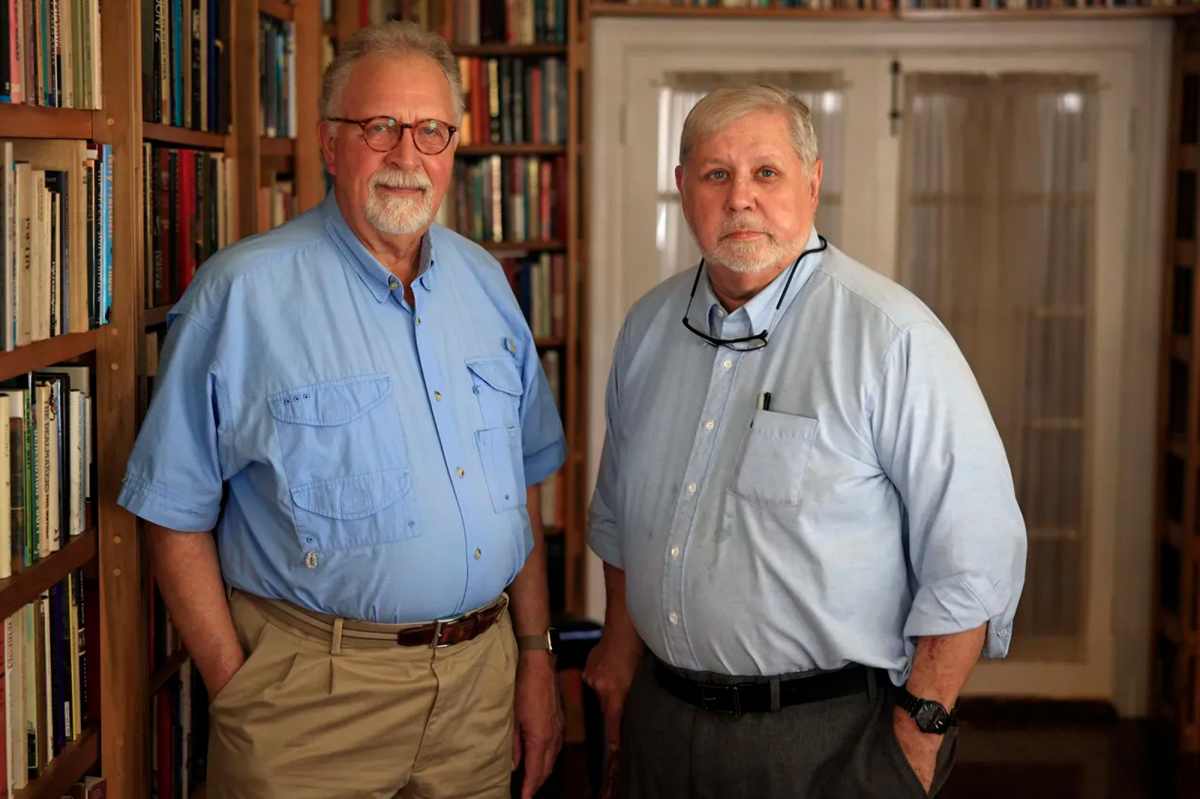 It’s more than places on a map and names in news stories. After years of working in the country as election observers and advisers, they have friends and colleagues there, people they consider family — and they’ve each wept as they watch TV accounts of the destruction and death toll.

“These people don’t deserve this,” Nolan said. “They didn’t ask for it, they didn’t want it. This is one man feeding his ego.”

“They’re shelling peaceful Ukrainian villages in the springtime,” Barcelo said. “What kind of person does that?”
Tom Nolan (left) and Bruce Barcelo are Jacksonville-based political consultants who have worked in Ukraine and other former Soviet Union Republics to help ensure fair and transparent elections as these countries transition to democracy. Their organization, the nonprofit Committee for Open Democracy, quickly shifted to humanitarian aid after the Russian invasion of Ukraine.

So after the invasion, their 10-year-old organization, the nonprofit Committee for Open Democracy, shifted quickly from political work to humanitarian aid, trying to get small grants directly to the Ukrainian people who need aid, and need it now.

Want to donate to Ukraine? How to make sure donations go to the right source

“He [Russian President Vladimir Putin] invaded on a Thursday,” Barcelo said from his San Marco office. “I got a call immediately on Friday from one of our people in Kyiv. I got an outreach from a New York law firm on Saturday. We had a Signal telephone call, a group conference call, on Sunday. And by Thursday we were set up with a crisis intervention fund, raising money and making grants.”

They’ve hit about $1 million in donations so far and have directly supported people and groups who’ve asked for help on their website, helpukraine22.org.

The group has given grants up to $75,000 to hospitals, but many are much smaller.

It’s given $1,000 to a Polish hostel owner who’s turned the property into a transitional house for Ukrainian refugees who’ve made their way across the border.

It’s given $3,000 to an elderly care home that’s been unable to get diapers, warm blankets and hygiene products.
The Committee for Open Democracy, based in Jacksonville, has been giving small grants to help out Ukrainians such as these, who have been giving away cheese they made to feed the hungry.

It’s given $5,000 to a woman to turn the milk from 20 villages — much of which would otherwise go to waste in the chaos of war — into cheese, to be donated to the hungry.

It’s given $26,500 to a shelter in Lviv that takes in women and children fleeing conflict or gender-based violence, which has been on the rise during the war. The grants include medical care and supplies, as well as legal support and safe transportation to the border.

The committee has given grants to help abandoned pets, dialysis patients and children’s hospitals, and has arranged for small and large shipments of humanitarian supplies.

The effort is called Operation Palyanytsya. Palyanytsya is a traditional Ukrainian bread. And it’s a word, Barcelo notes with satisfaction, that Russians typically find hard to pronounce.

“Help us bring bread and peace to the people of Ukraine,” the website says.

It has links for those who want to donate money or time and resources, as well as links for Ukrainians to apply for help or free telemedical care through a network of almost 300 volunteer doctors.

Barcelo and Nolan said they know that big relief organizations will one day be on the ground in Ukraine, giving massive amounts of help.

“For now, though, they’re not there,” Nolan said. “We are. We never looked at this and said, ‘Oh, we’re going to be able to give $5 million to this organization. ‘What we did, we looked at and said: ‘There are going to be gaps that are going to occur and are already occurring, and we can fill those gaps.”

They rely on volunteers and staffers they’ve worked with over the years, who are inside and outside of Ukraine, to help determine who needs to be helped, and where.

“The thing about what we’re doing right now, it’s getting some things to people in places which would obviously be overlooked, and we have all kinds of tentacles to reach out to those people,” Barcelo said.

Nolan and Barcelo are veteran political consultants who’ve worked on statewide and local campaigns. They’ve been partners for 31 years. Nolan, 72, has worked largely for Republicans. Barcelo, 69, works only for Republicans.

Through the Committee for Open Democracy, they’ve been on dozens of trips to Eastern Europe countries between them, working as either political consultants to pro-Western political candidates or as election observers, trying to ensure honest elections as these countries transition to democracy.

Shifting to humanitarian aid seemed a natural extension of that work, Nolan said: “I look at this and say everything we’re doing here is to preserve democracy within Ukraine.”

Local connections: Advocating for the war-torn place they call home

The work is consuming. Nolan figures he’s spent about 10 hours at his own work since the invasion, Barcelo about half that.

They have two dozen volunteers from across the world who are working virtually nonstop on the effort, they said, and have received corporate help such as an offer by LinkedIn, which donated the services of six translators for Ukrainians who apply through the helpukraine22.org site.

Every morning at 9:30 a.m. the group has a worldwide Zoom call reviewing grants and tries to get money out that same day. The team has learned the intricacies of how to move money and goods to where they’re needed in a tumultuous war zone.

Nolan likens it to building an airplane while flying it at 30,000 feet.

“This is a gargantuan task,” Barcelo added, “but maybe we can do it. And then, if we can, why not? What are we going to do except embarrass ourselves?” He laughed. “And that’s never happened before.”

Much of the humanitarian help they’ve arranged has been carried out by individual Ukrainians helping other Ukrainians, driving their own cars through dangerous territory. An example: They just gave a small grant to a woman in the eastern Donbas region — where conflict has been going on since 2014 — who gets up every morning, picks up food and medicine, and drives it to a number of families in need.

In general, they said, the Ukrainian people are friendly and warm. They warn, though, that if you ever go to a party there in your honor, you’d better eat a lot of food beforehand, because there will be endless ritualized toast-making made for you, with very strong alcohol.

Neither man is surprised at the resistance the Ukrainians have put up — after all, they are fighting for their homeland.

Nolan notes that those 31 and younger have never lived under Soviet rule.

“They’re not going back, because they don’t see themselves as Russians,” he said. “I think that’s one of the things Putin miscalculated. He thought he was going to be met with cheering crowds and roses, but those people aren’t Russians.”

Knowing the Ukrainian people, they say the fighting will go on until the country is free.

“This war ends in Moscow, not in Kyiv,” Barcelo said. “It’s Vladimir Putin’s turn to figure out what we do next.”

The tenacity of Ukrainians, under such a ferocious siege, has changed his thinking, he said: “Four weeks ago I was praying for peace. Now I’m praying for victory. It ends when the last Russian invader gets thrown out of the country.”